For the production of green gas, the Green Gas Plant in Kootstertille uses fermentation based on the Hogen technology. The aim of the Green Gas plant is to convert 75.000 tons of biomass into green gas annually, which will provide approximately 7.200 Dutch households with a sustainable alternative to natural gas. For more information: groengaswestkern.nl 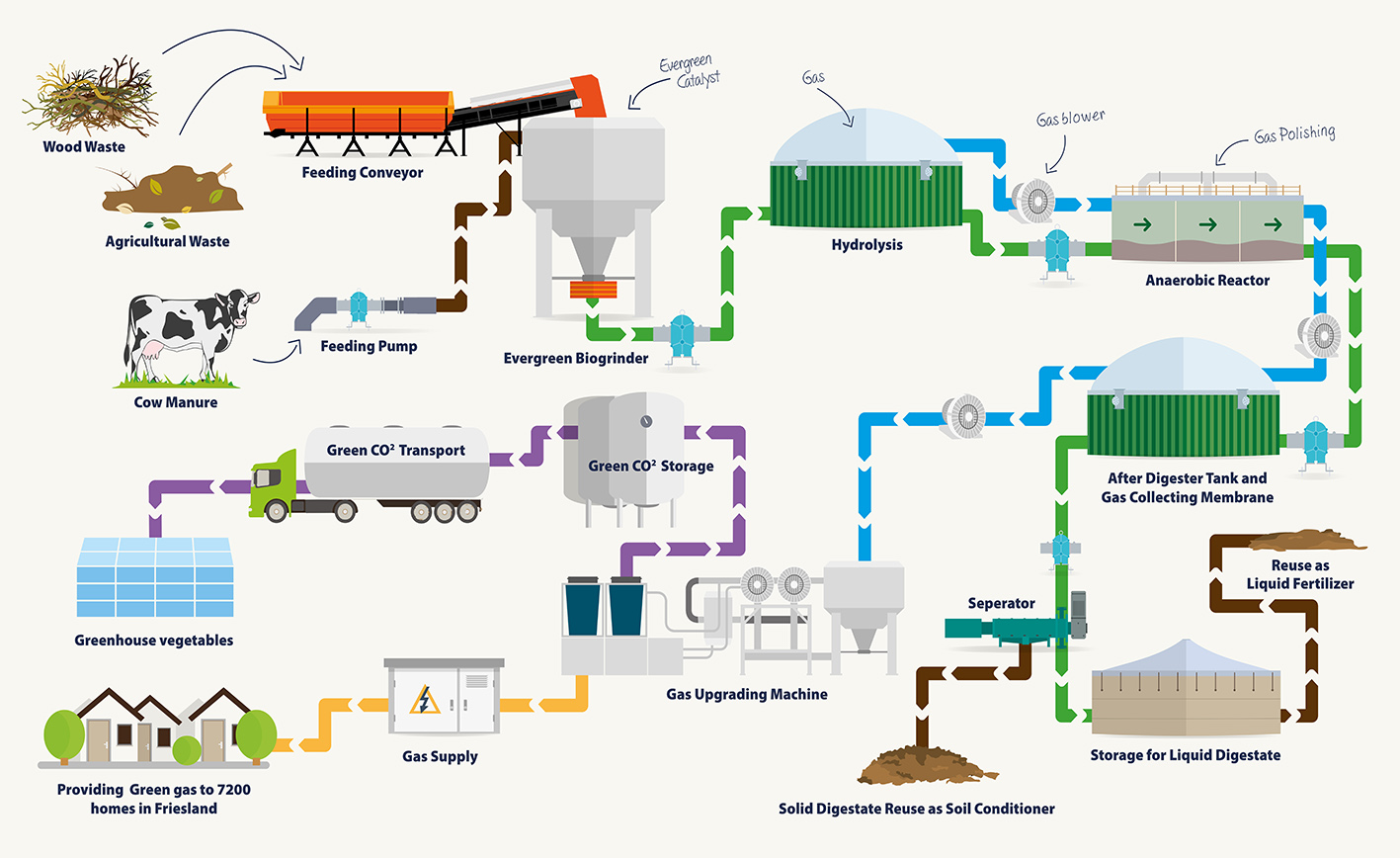 On the site of the model farm of Wageningen University near Leeuwarden, a Hogen Bio-fermentation plant has been realised that supplies Green Gas for the generation of electricity. For the most recent information: Biogas Leeuwarden (Dairy Campus)

In Harlingen, a combination of the Hogen Biovergister and Gasifiers will be established. The generated gas will be used for the heating of households. Electricity is also produced. The CO2 is captured for industrial applications. In addition, the digistate is used to make biofertilizer. The Leachbuster® is used to transform the water that is released as part of the production process into clean drinking water.

TECHNOLOGY AS A DRIVER FOR SUSTAINABLE PROSPERITY OF SURINAME

An agreement has been concluded with the government of Suriname (Public Private Partnership) to tackle the national waste and energy issue. To the south of Paramaribo (Ornamibo) KPP is going to build a complete factory with Hogen Biovergister and several Gasifiers. A second Gasifier plant will also be built in Nickerie. With the generated gas, electricity will be produced and gas bottles (gas bombs) can be filled for cooking purposes, for example. The CO2 will be captured for industrial applications. In addition, the digistate will be used to make biofertilizer for agriculture. The Leachbuster® is used to transform the water that is released as part of the production process into clean drinking water. The secondary goal is to make Suriname one of the greenest countries in the world and to grow the economy in a green way. Suriname then acquires an exemplary function.